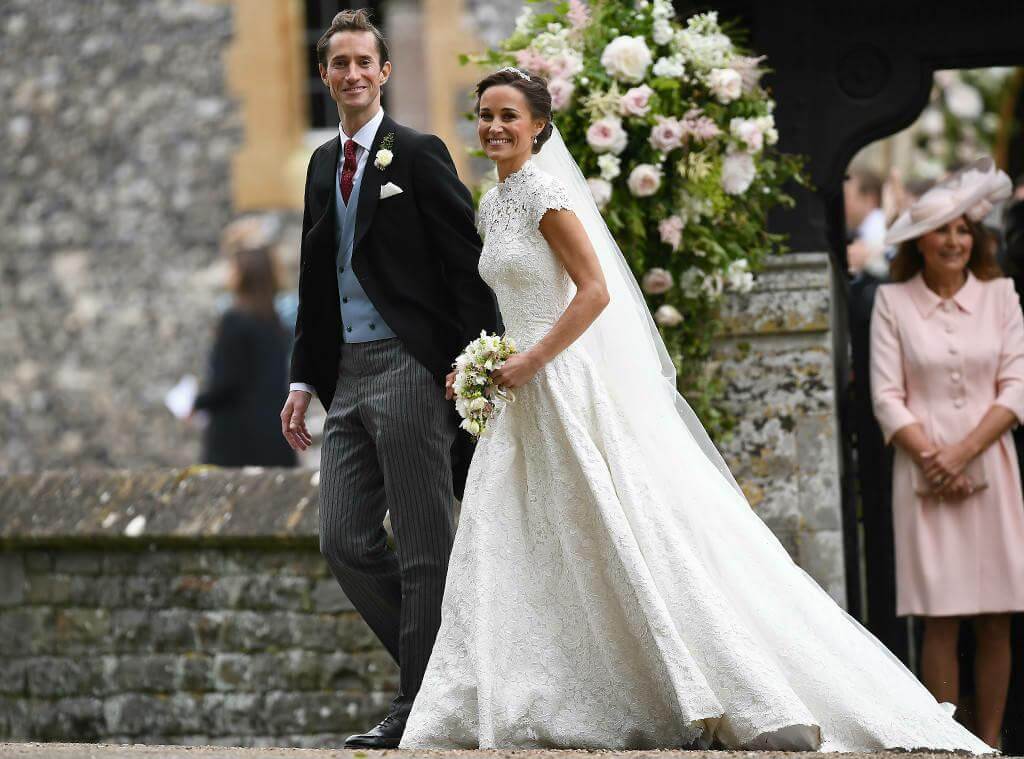 How to honeymoon Pippa style

Who wouldn’t envy Pippa Middleton’s smooth and stylish transition from world’s most famous bridesmaid to bride? We also like how she brought part of sister Kate’s wedding gift from their parents along the way, a pair of Robinson Pelham diamond drop earrings specially commissioned for the royal wedding which she wore as bridesmaid.

She showed abundant style, too, in a whistle-stop honeymoon tour that took in the US, French Polynesia, New Zealand, and our own Sydney harbour and Kakadu National Park.

Let’s retrace her steps, and dream to inspire your own luxurious wedding registry.

The 33-year-old socialite and sister of the Duchess of Cambridge wed her beau, 41-year-old former racing car driver and manager of a hedge fund he named after his family’s Caribbean resort, James Mathews, in an extravagant ceremony on 20 May at St Mark’s Church in England.

From there they made their way via Los Angeles to The Brando, a luxurious getaway on the private island of Tetiaroa in French Polynesia, the favoured retreat of Tahiti’s own royalty for centuries. For around $6700 a night, you too can enjoy carefree, luxurious privacy on the white-sand beaches and sparkling lagoon full of turtles, manta rays and rare birdlife.

After a brief stopover in Auckland, the happy couple holed up in the Park Hyatt in the Rocks on the edge of Sydney Harbour – a hotel so exclusive its room prices are POA only. It’s a sure bet though that they took in the breath-taking views from either the Opera Suite for around $12,000 a night or the ultimate Sydney Suite, the largest hotel rooms in Sydney, for a cool $19,000.

The lovebirds made the most of their priceless location, with a sunrise run harbourside, a night-time three-and-a-half hour climb of the Harbour Bridge for the greatest 360 degree views in the southern hemisphere, and a carefree water-taxi ride. The pair also took a seaplane to the Hawkesbury River to dine with friends at Cottage Point Inn restaurant, where the degustation menu is $145 per person.

It was north to the Top End after that, from where the couple were whisked from balmy Darwin to the discreet $3000 per night luxury of Bamurru Plains Lodge near Kakadu National Park. There Pippa and James took in the natural beauty of the remote wilderness location and its wildlife as well as Indigenous art and culture.

Let it inspire you as it has inspired us – by the newlyweds energy as well as their style, and an original itinerary of some of the best Australia and the Pacific has to offer.